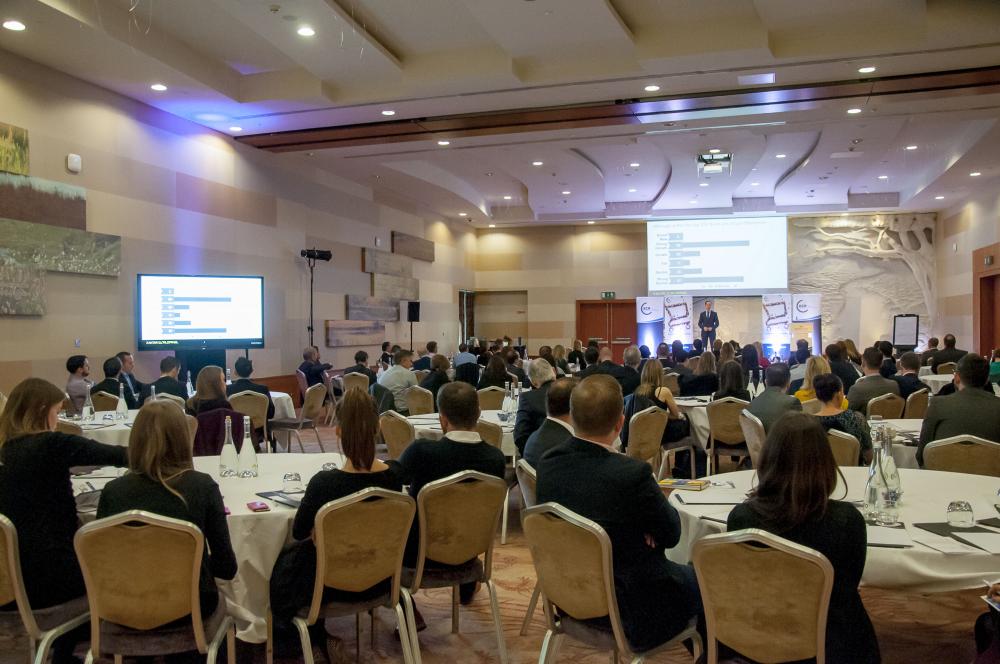 The ECR Ireland Shopper Awards promote excellence in the grocery retail and consumer goods sector in Ireland for 2015 - 16. The awards recognise achievement and encourage awareness & adoption of better practices in the industry. This is the 7th year of the Awards. The award is a prestigious accolade as voting is conducted by industry peers. 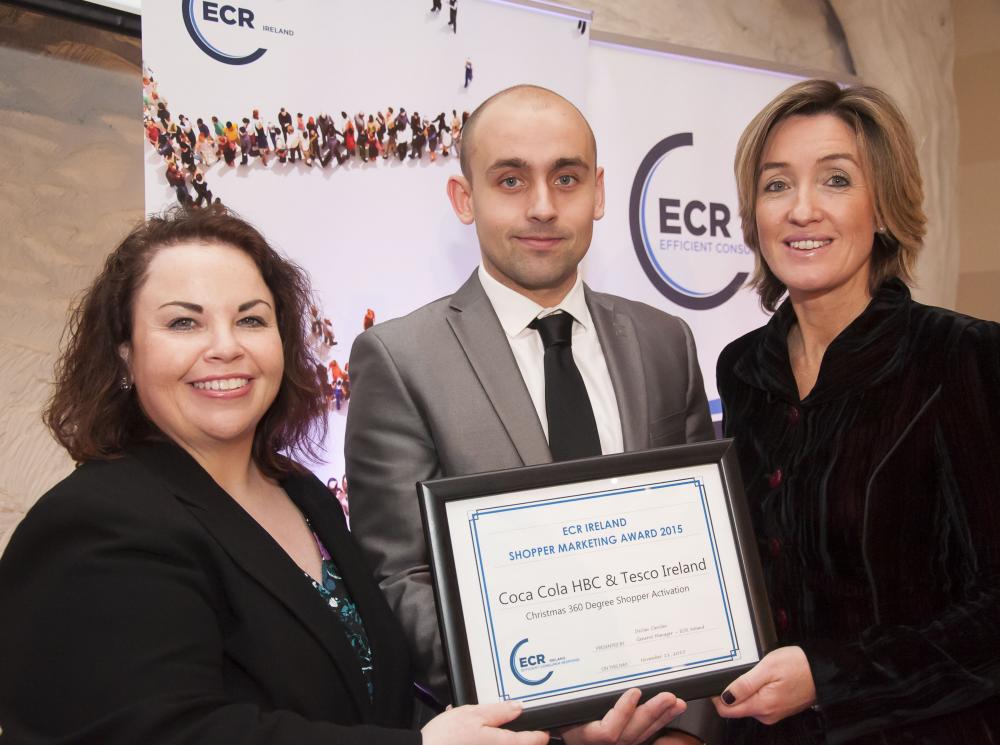 Coca Cola HBC and Tesco Ireland were voted as the award recipients for their "Christmas 360° Activation" highlighting the collaborative shopper marketing campaign during Christmas 2014.  Underpinned by a Coca Cola Christmas truck tour, the initiative drove growth for Coca Cola and within their category athroughout Tesco stores.

This was the 1st ECR Shopper Marketing Award and indicative of the surge of activity in the area.  Goosebump sponsored the Award and Sarah Love conducted a Q&A with all entrants on-stage.

Three other finalists were shortlisted for the award. 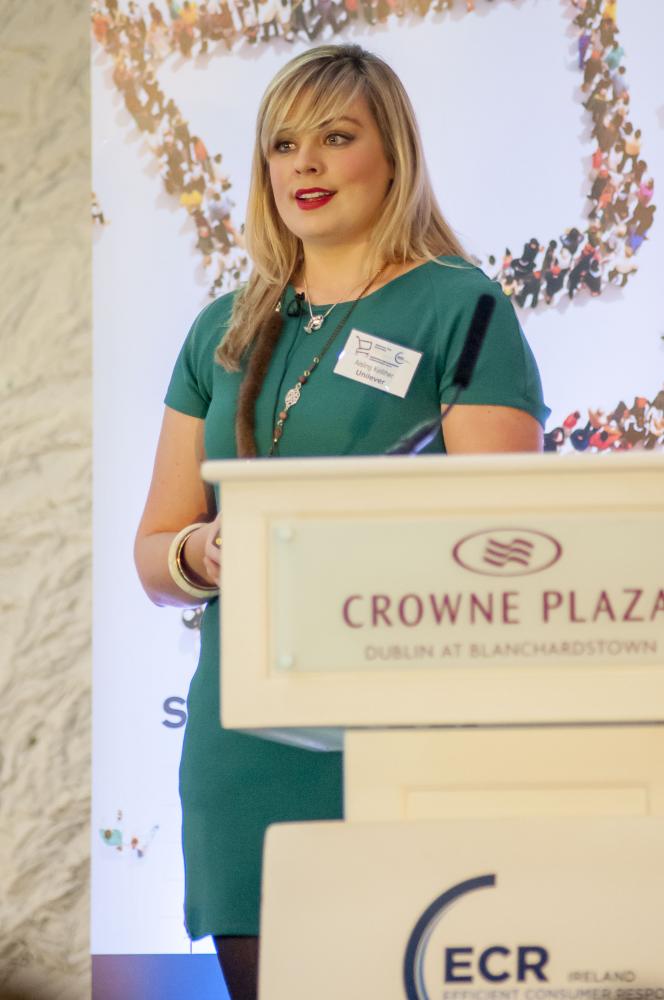 Lisa Devaney and Pilar Abad, Pepsico highlighted the impact that shopper marketing had for their Doritos Roulette launch. 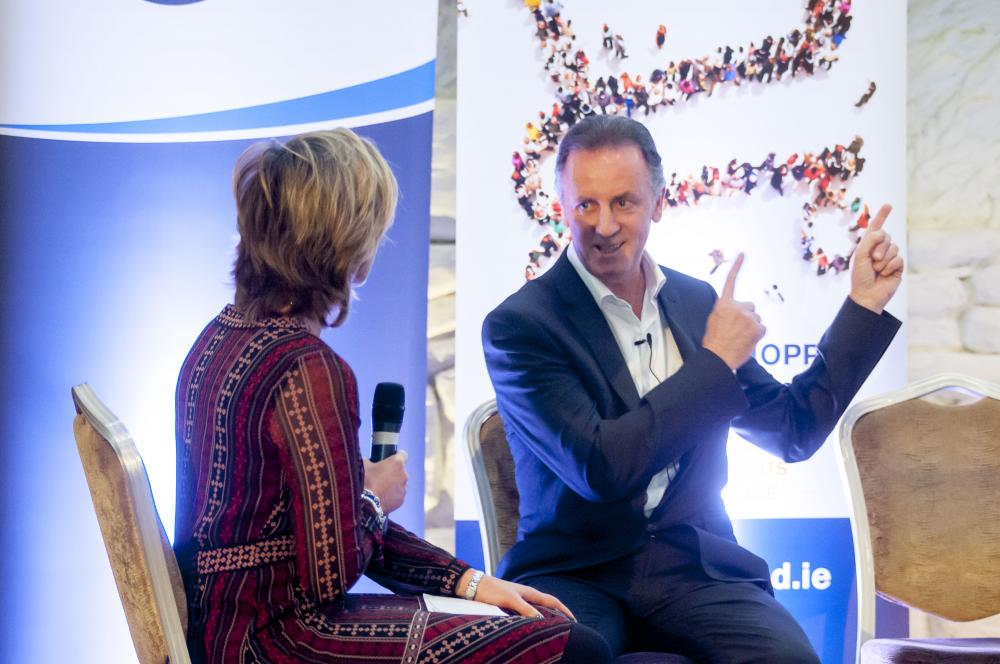 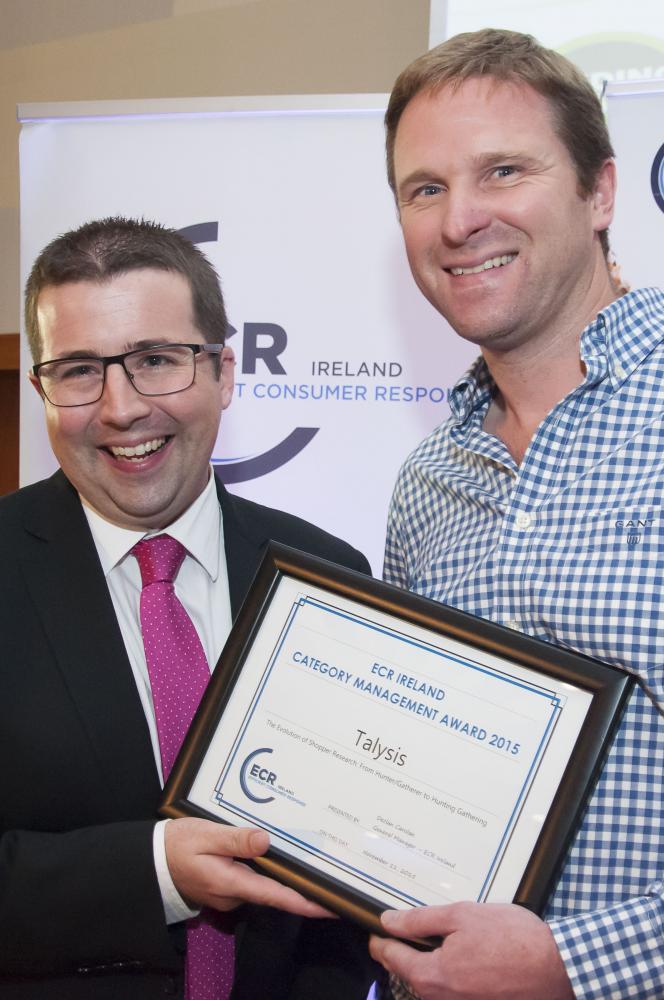 Ed Roberts, MD of Talysis outlined how they had worked with BWG Foods to carry out shopper research throughout their estate quickly, unobtrusively and at a low cost.

They achieved this by placing five WiFi receptors in each store which allowed them to track shopper instore movements and passing footfall.  For the first time ever, relevant, bespoke, shopper insight was available to even the smallest of retailer including how many people walked past the store vs came in, where shoppers went and their duration at fixtures. 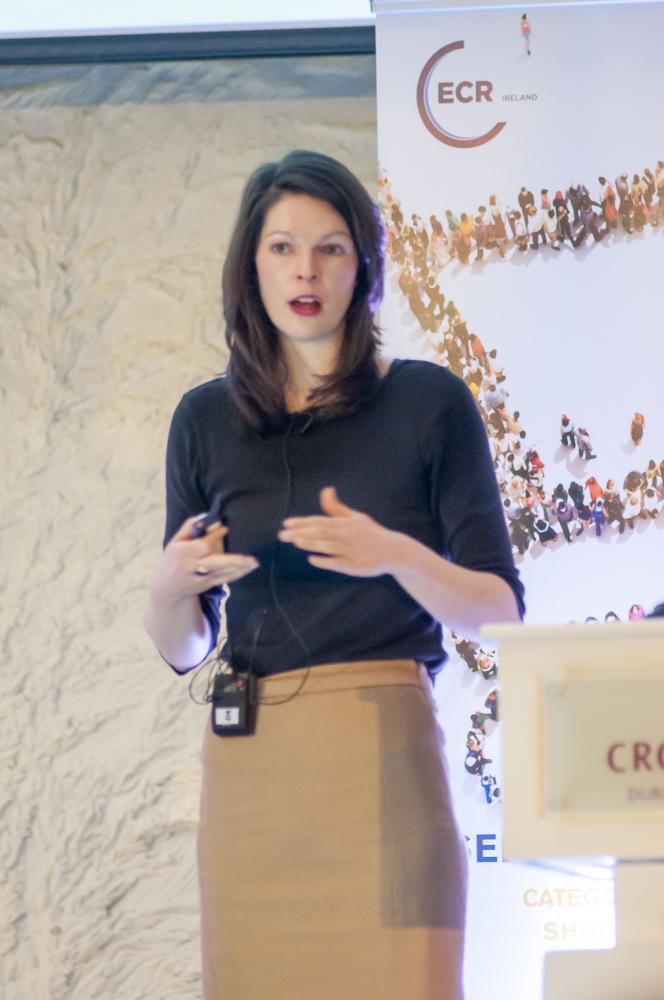 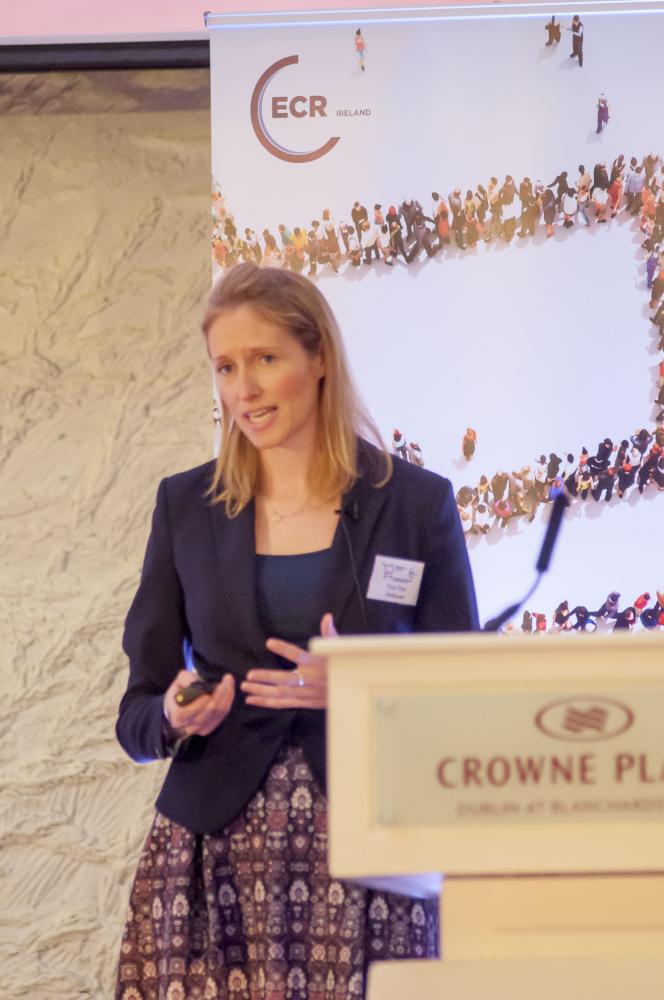 Talysis were awarded the accolade ahead of fantastic presentations from Persil & HB.

Kathryn Dodd, Persil, Unilever illustrated how the Persil kits for school campaign had created value in the laundry category which is driven by 84% promotion.

⇒ ECR Ireland Category Management Award 2011. The winner was Cuisine de France. They showed that an effective category management strategy can be a game changer in modern irish retailing. You can see more information by clinking here.

Accept All Reject All Settings